Hey everyone, welcome back to another blog post. For today I am going to do a fun post and post my 2019 Christmas playlist. These are my top favorite songs I notice I am listening to a lot for 2019.

Thanks everyone for reading! This is just a taste of my favorite current Christmas playlist songs at the moment for 2019. I hope everyone has a great Christmas. I must say I find it sad ill be saying goodbye to these songs for awhile until next year. What are some of your favorite Christmas songs at the moment? Please like & comment and share! I always love hearing from you guys. Until next post, also if you haven’t got to read my last post you can find that HERE.

Hey everyone, and welcome back to another blog post. Wednesday already and half way through the week. For today’s blog post I wanted to share my usual self care routine. Now since am a mom I dont get much time for myself to be honest so whenever I do get a chance I do these usual routines. Its important to get some time out of the day or week to have a little self care time I believe its healthy for us. And its extremely important of course for us mom because it helps us not lose ourselves in motherhood. Now the best brand for your care needs would be Farm House Fresh. They have the best products go check them out now!

Now I know a shower is just a shower, but I love when I get time out. This is one of my best care times because I love doing a good body scrub. Right now I am currently using a caramel body scrub and I absolutely love it. Almost every time I get my time out to go shower I am using this. Another great tip I use that I actually found on Pinterest is a great shaving tip. If you are a shaver like me a great tip is to use Johnsons baby oil prior to shaving. In the shower and then your going to want to shave. This prevents ingrown hairs and helps get a better shave then shaving dry. This also helps hydrate your skin when you come out your legs will be so soft I promise yall!

Working out is another great idea, I am going to be completely honest I hate to work out. After having two kids my tummy has not been looking to great. And I gave in to least try and change that. One of my revolutions was to least try and work out this year so I have been trying to. I have not been doing it on a regular but I try to whenever I have the energy. Its not as fast results but I am proud because we all have to start somewhere right.

Now another great thing we can do for ourselves is least get our nails done or get pretty for no reason. One thing I do whenever my husband is home is go and get my nails done! I love just having time out for me and have time to relax. And to be honest it feels pretty good I dont even care how much I spend on them. I do though always do my own toes at home. I dont trust nail salon tubs I just have heard to many horror stories in college since am a esthetican. However if I am not doing that another great thing that makes me feel good is make up. Sometimes we just need to put on some makeup, even if we not going out sometimes we need to do something for oursleves. I use to prior to baby number two always have time for this and now I rarely touch my box. I usually not even in the mood to put it out when I go out because I dont have the time. But I honestly want to get back into finding time, hopefully soon I can.

So I am not much a healthy eater but I always try to have breakfast in the mornings. My usual routine after dropping my oldest off at school is laying down with little one for awhile. Then when she goes down for her nap by 11:00 AM I am then usually hungry and go quickly make something. My usual : Eggs, Oatmeal, Toast, Banana, Waffles, Bagels with a cup of coffee.

Last but not least having some down time. As a mom I always make sure to get a break into the days and especially after the kids go to sleep. Throughout the day my down time usually consist of Netflex and some good online shopping or browsing. This helps me reflect relax a bit and rest my body. Even if your not a mother we humans are always on the go. Its always good to get a break in and relax a bit and gain some energy. If I honestly didn’t take any down time for myself I couldn’t have typed this post lol. By 6pm I usually dont have energy in me and cannot wait till 7pm – 8pm bedtime to finally get the whole night to myself. I am sometimes to exhausted and just need that whole time and night to regain my energy.

That is all for my self care routine, I hope you all found some of my tips useful. I am surprised I found energy to type this out tonight. But remember to squeeze in a little care through out your day we all need to be pampered. I feel like all of this is what least helps me and keeps me going. Thank you all for reading, please remember to like & comment I always love hearing from you all. And if you haven’t checked out my last post you can do so HERE.

Hey everyone, welcome back to another blog post. I hope everyone had an amazing July! It’s hard to believe summer is almost over and we’re already in August. This past weekend was my two year anniversary trip. My actual anniversary day was July 29th and my husband surprised me with an three and half day get away and it was exactly what I needed.

We left the night of the Saturday for the trip, but we had a party to go to the evening of the Saturday so we had to attend that event with both the girls. I absolutely hate party’s the start really late, am already a homebody type of women and I just hate having to attend late party’s especially with young kids and a baby. So the party started 7:30pm but did not exactly start until 9:30pm and let me remind you I got a five year old with me and an eight month old. You all can at least imagine what I was thinking especially since right after me and hubby was leaving for an hour away trip. Well we all started eating by after 9:30pm and stayed a bit because we didn’t want to seem rude and just leave. We finally left the party at 11:00pm with a tired five year old and a somewhat irritable baby.

After dropping off the kids at my mom we finally left for our trip. My husband surprised our get away at Niagara Falls, ON It’s about an hour and 10 mins away from Toronto. We arrived about 1:00am in the morning we were both so tired. I literally had to stay up the whole way to make sure he didn’t fall asleep at the wheel and I only started to get tired 15 minutes to our destination.

So most of the time we spent away we of course had to spend it at attractions. The first place we went to was the arcade. Now I am literally addicted to this place because am always trying to get like over thousand tickets. Now I surprisingly learned something new about myself that weekend. I came across a black jack game 21 and my husband had to teach me how to play and you guys I swear to god I hit 21 like five times and got over hundred tickets. I left my husband shocked I didn’t know how I did it but I did I was so proud of myself.

We also visited an wax museum of celebrity’s, it was really interesting. That is some photos I took through out the museum. It was really insane how realistic the wax was done and the detail on them here are some more.

So we also went to a house of mirrors maze, which I will never do it again! Your basically in a maze of mirrors and you have to find your way out! And I felt so trapped I was starting to gain so much anxiety. My husband is so relaxed and cool when it comes to these things and am just not. I didn’t get to take any pictures during this of course because I was too busy freaking out! But I ended up giving up and going through the chicken door exit to get out and my husband decided to finish alone. We did another maze but this one was much easier because it was outside and it was too crazy.

It was really fun sadly while we were doing the maze it started raining a bit but luckily it wasn’t so bad. We also went inside Riplys museum the book of records and it was awesome. We learned some things we actually didn’t know like the oldest man that ever lived, the tallest man and the biggest man that lost 920 pounds himself! And also the women with the most tattoos, the women with the tallest neck and the fastest women, fastest animal. Yeah it was all insane!

This weekend was fun and well needed for the both of us, and it was actually the first time we actually spent time away from the kids. We both felt guilty and missed them but we realised we should have time for us now and then and it’s okay. We also have another trip coming up the end of August but I will leave that for a surprise. It’s always great to remember to take time out for yourself even if you don’t have kids and just need a break from reality to recuperate. It’s great for you mind, Heath and for you and your partner if you have one. Coming back seeing the girls was the best feeling ever! Even though all they was interested in was what we brought them. This was a great weekend well spent, and can’t wait for more exciting trips on the way. Thank you all for reading! 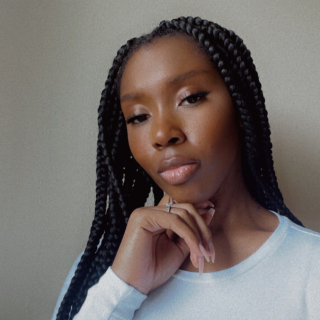 Esthetician, Mommy of two, who blogs beauty, fashion and everything lifestyle.